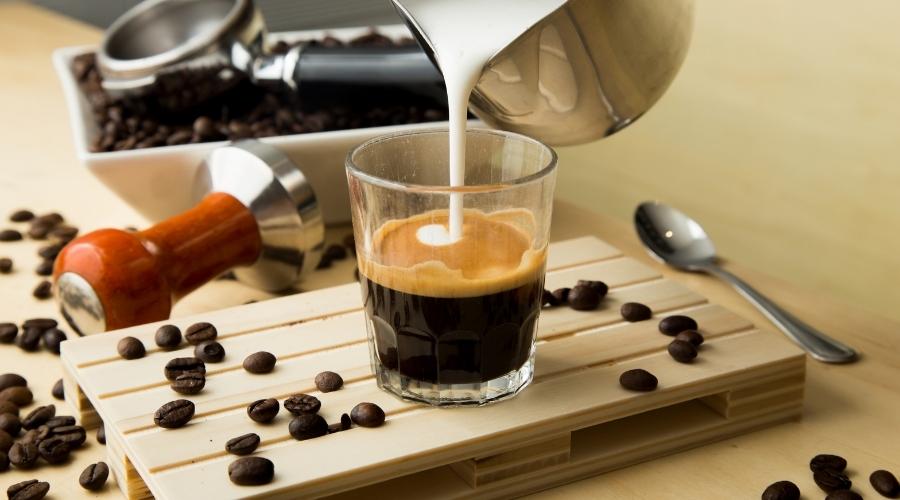 At the top of the caliber of the best coffees in the world is Cuban coffee. And at the core of Cuban coffee are the two iconic varieties: cortadito and colada.

The terms Cortado and cortadito are often used interchangeably, but are they one and the same thing?

A colada is a social coffee. It comes in a large styrofoam cup, and it is supposed to be served into smaller plastic cups for sharing.

A cortadito, on the other hand, always comes in a small cup with sugar already added in it.

How Much Caffeine In Colada Vs Cortadito

The only caffeine present in a cortadito is in the espresso portion, as milk does not have any caffeine.

The main difference is that cortado is a Spanish/Portuguese drink while cortadito is a Cuban drink. However, both drinks use the same portions of milk and espresso.

Is A Cortadito Same As A Latte?

The café latte and the cortadito are prepared almost the same way: by topping a double shot of espresso with steamed milk. However, these are two different drinks with two different backgrounds and traditions.

The cortadito is a Cuban beverage brewed with equal amounts of espresso and milk, while the latte is an Italian drink traditionally served for breakfast in a tall glass. The amount of steamed milk in a latte is typically higher than that of a cortadito – up to 4 times as high.

As you have probably already deduced by now, the colada, cafecito, and cortadito are all different types of Cuban coffee.

Cuban coffee (aka café Cubano) refers to a sweet coffee drink made with dark, potent espresso roast. A basic Cuban coffee is called a cafecito.

The issue with a cafecito is that it can be too bitter for some people to handle, which is why it is sometimes sweetened with the sugar mixture affectionately known as espumita. When this happens, the result is a completely different drink: the colada.

A colada coffee (not to be confused with Pina colada, the cocktail) is an extremely strong, sweet coffee brewed in a stovetop espresso brewer and then served into a large styrofoam cup.

One styrofoam cup can hold up to 4-6 servings. Don’t gulp it all down though; a colada coffee is meant to be shared. Pour it into small plastic cups and share it with your friends.

If you’re wondering what makes the colada so unique, it’s because it is made with high quality Arabica beans from Cuba.

The frothy espuma is an important component of the colada. It is made by vigorously mixing sugar and freshly brewed coffee until frothy. Traditionally, particularly in the 60s, baristas preferred brown sugar over white because brown sugar was more available and it didn’t have to be granulated.

The Moka pot is the equipment of choice when brewing a colada coffee the traditional way. Virtually every household in the Caribbean has a Moka pot.

The pot works by forcing pressurized steam through your coffee grounds during the brewing cycle, resulting in dark, strong coffee. The pot is great with Cuban coffee beans that are finely ground. You can also use an espresso machine if you don’t have a Moka pot.

How To Make A Colada

The cortadito was invented in Spain, and it was designed to dilute the strong, sour taste that a typical espresso often leaves behind. Milk is added to the espresso to counter the bitter taste. The ratio of espresso to milk can range from 50:50 to 75:25.

How To Make A Cortadito

There are several variations of the popular cortadito coffee:

When a cortadito is served in a Gibraltar glass, it is referred to as a Gibraltar. The term was popularized in 2005 by a San Francisco-based coffeehouse, the Blue Bottle Coffee Company.

A macchiato is an Italian espresso with a spot of steamed milk. Macchiato means stained, spotted, or marked in Italian, so the coffee is only spotted by the milk, rather than being diluted like we do with the cortadito.

Café con Leche is another popular Cuban coffee. Like the cortadito, this drink is also made with milk and espresso. The main difference is the ratio of espresso to milk, which is 80:20 in a café con Leche and usually 50:50 in a cortadito.

A café con Leche is extremely sweet. A pinch of salt is also added to accentuate the sweetness.

A proper cappuccino uses the same ratio of espresso to milk as the cortadito, but it is typically served in slightly larger ceramic mug.

A flat white is also built like a cortadito, but the milk has a different texture. When making a flat white, the milk is steamed in a way that results in a more velvety consistency.

The flat white was introduced in the US in 2015 by Starbucks, but it was already popular among the Kiwis and Aussies before that.

How to Order the Different Types of Cuban Coffee

There are four main types of Cuban coffee: the cafecito, colada, cortadito, and café con Leche. Here’s how to order the different variations like a local.

Ask for “un cafecito” and you will get one and a half ounces of Cuban coffee set in a cup and saucer. A proper cafecito should be sweet and covered with a rich, creamy froth at the top. Careful; the froth will cling to your mustache when you take a sip.

If you are looking for a strong afternoon beverage to share with your companions, order “una colada” and the waitress will come with a large styrofoam cup of sweet, steaming Cuban coffee.

The cortadito is the perfect way to end the day. It is also packed with steamed, whole milk, which makes it a great dessert.

To order this coffee without earning strange looks, simply ask for a “cortadito” or “cortadito con evaporada,” which uses steamed, evaporated milk.

The strong concentration of caffeine in a café con Leche makes it the ideal hangover cure. Personally, I believe it’s what they had in mind when they said “wake up and smell the coffee.”

When ordering a café con Leche, you can have it either clarito (light), oscurito (dark), or mediano (middle) depending on how much caffeine you want in your drink.

Add a pinch of salt to enhance the sweet flavor and drink it like the pros!

I’ve never quite been the maestro of coffee brewing, but I’ve found that my yearning for quality coffee keeps pushing me to an insatiable and exigent quest for the best. So when I was acquainted with the elegant cortadito and the colada on a recent trip to Miami, it was like being reintroduced to coffee all over again.

Some people tend to confuse a colada coffee with a cortadito, and well, If you are in Miami where there are more Cuban Americans, order a cortadito and you’ll make new friends in no time.

To sum up, there are several differences between a colada coffee and a cortadito, but they are both based on the same strong, high-quality Cuban coffee. A cortadito is meant to reduce the bitterness in espresso without eliminating its flavor. What really distinguishes a cortadito from Italian espresso beverages is the un-textured milk.

Drinking a colada, on the other hand, is a social activity. It is less about keeping yourself alert for the afternoon shift and more about slowing down and catching up with your friends. Since its creation in 1994, the frappuccino has been a favorite among coffee lovers and those who can’t stand the stuff. The drink gets its name from a portmanteau of… Coffee never ceases to amaze everyone, including those who are lactose intolerant. The range of lactose-intolerant coffees or soymilk beverages that Starbucks means you can enjoy your favorite cup of…

Frappuccino chips, Java chips, And then there’s Java chip Frappuccino… Put all these fancy terms next to each other, and watch a fair amount of confusion unfold. Mainly regarding Frappuccino…